I really love playing Hidden Object Games - not the ones you can do on facebook, but the standalone adventures that combine the hidden object scenes with a mystery plot and lots of riddles and puzzles. I think I own about 250 of them, at least. Sad thing about them is, the plots are very repetitive. There's usually a lover/spouse/child that gets kidnapped by an evil wizard/mad scientist/grieve-stricken witch and has to be rescued from a run-down mansion, where there always is a fountain that's not working, sealed doors that open to rooms that have just been used five minutes ago, and screwdrivers that will work on just an screw.

The objects you need are either laying around or received from hidden object scenes with usually look like a tornado struck, and though you always see stuff you really need in the pictures, you end up with something that makes you go WTF… Still, I love those games, and if I had a dollar for every fountain I fixed, every safe I opened, or every glass container I cut open with a diamond ring, I'd be pretty rich. I put all of that into a song, except for the screwdriver, for which there was no more room.

So, for your entertainment, here's my new song:
( Collapse )

Yesterday, I visited my parents' house in the village where I grew up. My parents are currently busy clearing the house because they are now living with my aged grandmother in a neighbouring town, and our old house has been uninhabited for a while. They found a tenant who is willing to rent the house, so all furniture left in the house has to go, and I was there to pick what I wanted to have for myself.

It was a strange feeling coming into a house that has always been a save haven for me, finding it half empty and bereft of fond memories. Though a teacher by profession, my father has always been a keen musician and a collector of guitars and ukuleles. The guitars occupied the staircase walls, and have so ever since we bought the house in 1983, and I commented on how strange it was to me seeing these walls empty. My father replied: »Well, all the guitars have been stolen.«

I didn't believe him, of course. My father is a fellow of infinite jest, and he always has another story up his sleeve, so it took quite a while for me to realize that he was, in fact, serious. One day, when he came into the house to gather some stuff, he found the guitars gone. Gone, as in gone, all of them. The ukes, which were in the living room, where untouched, as was everything else in the house, including computers and electronics. But of the guitars, ten in total, was no sign. He called the police, but they, too, coulnd't find anything.

A couple of days later, my father received a call from his next-door neighbour that there were burglars in the house and that he had already called the police. They had broken the cellar door and thus got into the house. This time, the culprits got away, but at least they left the stuff they had gathered for transport - the empty guitar cases they didn't take along the first time. But they got away, and there's no sight of the instruments.

Gone are five accoustic and five electric guitars, amongst the latter two my father had built himself and a vintage fender. Gone is my mother's guitar and her lute, which I was to have. My father's balalaika, two mandolins, my old tenor guitar, the guitar my father played when he was playing in a band in the 70's, recording three albums, and my grandfather's violin. Though the stuff was covered by an insurance, it's not a material value that's gone but something that cannot be replaced.

What bothers me the most is that this was not a case of strangers breaking into some random house. It was done by someone well prepared, who knew about the guitar collection - a local job. It's a small village where people know each other, and though it's grown from population 1,000 to 2,000 since the early 80's, the one who did it must have been someone whom we knew, and who knows us. My father has an idea, but no means of proving it. He checks Ebay daily for the instruments, which are not only pretty rare but something he could recognize blindfolded by touch.

Luckily, his three most precious guitars and his waldzither were in his new home, so at least he has some intruments left, as well as his ukes, but still, I'm in a case of shock right now. My romantiziced idea of the tranquil village where I grew up has been destroyed, and I feel bereft of more than just my old guitar.

DFDF 2012 proofed to be a turning point for me. I finally put work into my website and also decided that it was time to write some new material, since most of my songs are at least eight years old an feel pretty worn. Well, it's one thing to make some resolutions, but a totally other thing to get them working, so I'm delighted that today I finally finished a song that spent no less than eight years in the making.

»Mein Bruder« (My Brother) was inspired by Peredar's favourite children's book »Akademia Pana Kleksa«, telling the story of a magical academy not unlike Hogwarts (it's a book from the 70s, so it wins). It's a light and funny book with lots of magic and mischief - oh, and it tells the story of two brothers, one of them a doll that is brought to life, found to be ill-natured, and destroyed. There are plenty of songs on magical academies, but mine is on the little Golem, told from the view of his brother.

The song is in German, with a chorus that goes like this:

The first part of my Con Report for DFDF 2012 is online, albeit only in German. I don't know if I'll find the time to write a translation - there's still lots of webpages waiting to be translated, and the blog is last in line - but I want to let everyone know that though I arrived late, and left early, I had a great time, perhaps the greatest this year.

Finally, a new song. Inspired by, and to the tune of, to the ingenious "Pegeant Legend" by Ju and Katy. Also inspired by history, and by Shakespeare.

Your king’s father killed me, it was in a war
Where we had had too many killings before.
And the fight it was fair, though I did not survive,
but my honour remained until you did arrive.
For the pen is more mighty by far than the sword:
For murder by words you deserve an award.
To get past the censors, and then to gain fame
you’ve written that farce and sullied my name.

You’re a bard, you’re a fart, you’re a liar.
I’m a man, I’m a king, I’m a knight.
I’m a lover, a husband, a father -
Fictive slander's not easy to fight.
I am Richard the Third
and your play is absurd
Now you are The Bard and pretend you are good -
but the quill in your hand’s dripping red with my blood.

You say I’m a hunchback, a killer, a fiend,
a madman, a monster, by mankind demeaned;
through regicide, fratricide, nepocide, war
I strive to gain power and hunger for more.
But regicide is just the thing you have done,
Though the king that you slew had been long dead and gone.
You made me a wretch for the Tudors’ delight,
Now history books spread the lies you did write.

You’re a bard, you’re a fart, you’re a liar.
I’m a man, I’m a knight, I’m a king,
I’m a lover, a husband, a father -
There's no murder involved in this thing.
I am Richard the Third
and your play is absurd
Now you are The Bard and pretend you are wise -
And your image campaign is built on my demise.

Bridge:
Don't tell me that this is mere fiction
when it leads blameless men to conviction
Don't tell me we’re all actors upon a great stage
when I’m painted a villain on every page,
who slays love and kin without any remorse,
and then ends up hobbling while he screams for a horse.
And for centuries to come I see stages lit bright
depicting me falling to madness from might.

Cause you're bards, you're farts, you’re liars,
Were kings, valiant knights, noble men,
We are lovers and husbands and fathers -
but name us all thugs cause you can.
I am Richard the Third
and your play is absurd
Now you are The Bard and pretend you are true -
just you wait till someone does the same thing to you.

For history gets written by those who will win
And no one remembers what really has been:
I ne’er plucked a white rose, the boar was my crest -
The lies you are telling keep me from my rest.
For killing the princes no motive I had
but King Henry Tudor, he needed them dead.
And I hope one day none will remember your name,
And I hope future songs will restore my own fame.

You’re a bard, you’re a fart, you’re a liar.
You’re no genius, no artist, no God,
I’m a king and a knight and a lover:
You’re a brown-nose, a turncoat, a fraud,
I am dead, I am gone
Yet my story goes on!
For historians will prove all the wrongs that you did -
but your play will get played and the world gives a shit.

After having a wonderful time at Confluence in Pittsburgh, PA, getting to know more great people than I can actually count (and me being timid, meeting people and enjoying their company means a great deal) and enjoying a housefilk in Toronto last night, which was simply great, too, I just want to say how happy I am that all of this was made possible, and I wish to say Thank You to Randy for bringing us here, Sue & Tom for letting me stay and giving me such a good time (and letting me brew my own tea, so I can really feel at home with them) and to all the other fellows who just keep on making this trip a remarkable one. There'll be a ConReport later this week, since I won't waste my precious vacation time with writing reports, but be assured I'm having a great time. 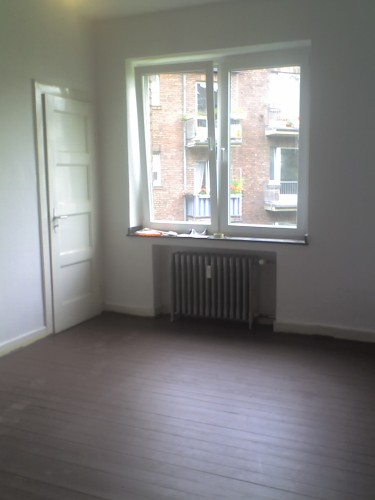 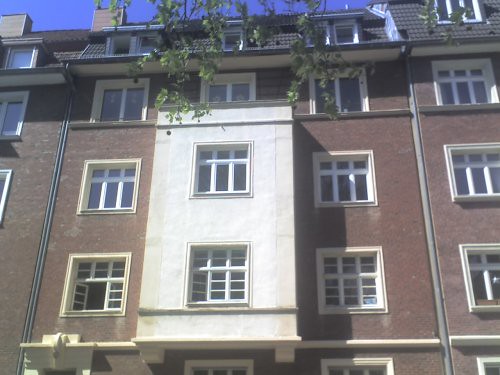